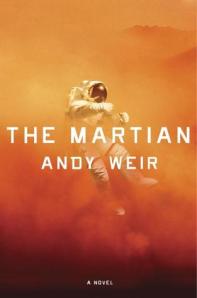 I really, really want to go to space. I always have. There are reasons why this is not feasible for me. For starters, I’m 27 and have not even begun my astronaut training. Or my earthstronaut training either, if we’re being honest. I am what doctors refer to as “flabulous.” Maybe they don’t call it that, but that’s how I pronounce “obese.” I’m also kind of claustrophobic, and I occasionally have panic attacks. Apparently, all of these are dealbreakers in the astronaut world. Also, the dating world. Still, I want to go to space. At least, I did until I read Chris Hadfield’s book An Astronaut’s Guide to Life on Earth. He explained that most of what your job consists of on a daily basis as an astronaut is homework. You are constantly doing homework. Then, if you’re extraordinarily lucky, you get to go to space and do more homework. That book also explained how incredibly cool it is to do homework in space and how, if you don’t do your space homework perfectly every time, everyone dies, which is basically what the book The Martian by Andy Weir is about.

A good book can make you wish you were a pirate or space pirate or some other form of pirate. A great book can make you wish you had gotten a degree in botany. The Martian is such a book. The second type, not the pirate one. I don’t want to give away too much of the story, but I will say that it starts off with a crisis that leaves astronaut Mark Watney stranded on Mars without a ride or a way to contact home. He quickly gathers his wits and his remaining resources in order to survive. This is done in a very NASA way. He falls back on his training, takes stock of his food, water, air, etc. and makes some quick estimations about what he can do to contact Earth. It’s all interesting in sort of an academic way, but it’s difficult to see how this book is going to go anywhere. Then, he starts to innovate, and it hits you. You’re reading Robinson Crusoe on Mars. Martian Robinson Crusoe. Probably with less racism than the original, though.

The Martian is like a thought experiment that someone had at NASA. If a person were to be stranded on Mars, how would they live using our protocol and methods and maybe a bit of ingenuity? Ugh, describing it like that makes it sound boring. It’s not boring. It’s exciting, mainly because Mars keeps trying to kill him, which he often survives only through sheer luck. That’s one of the things that I love about this book so much. Mark is a brilliant individual. He’s got a degree in botany and is a mechanical engineer, but he still acts very human. He gets too excited about things and makes mistakes. On Earth, those mistakes would mean scorching your hand a bit. On Mars, they mean blowing out your insides into the very thin atmosphere of a hostile planet. After each stupid mistake, he actually learns. Mark is a great character, not because he’s a real hero, but because he is totally not hero material. He makes me think that I could be an astronaut. You know, if it weren’t for the fat thing.